The 'SEINE' is the third of the series of four Offshore support and assistance vessels (BSAH) and was launched in Concarneau on April 5th in the presence of its captain and crew.

The second BSAH 'RHONE' left Concarneau on April 6th to home port in Brest, and proceeds with outfitting.

The first BSAH, the 'LOIRE' was formally handed over by the French Defence Procurement Agency (DGA) in March 2018 in Toulon homeport.

In the meanwhile, the fourth unit - 'GARONNE'- is under construction in Concarneau.

Dedicated to support to regions and military forces, and to security, the BSAHs will be operated by the French Navy. 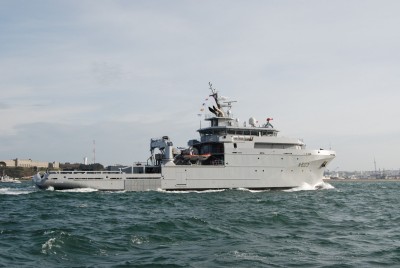