NEWS FROM THE BSAH PROGRAMME

The offshore support and assistance vessel -BSAH- LOIRE -the first of a series of four vessels designed and built by KERSHIP- was ordered in 2015 and formally handed over to the French Defence Procurement Agency -DGA- on March 22nd 2018.

The captain of the second BSAH unit took over the command of the RHÔNE on March 23rd in Concarneau. Delivery is scheduled in the summer of 2018 and will be followed by units 3 and 4 -SEINE and GARONNE- in early 2019.

The success of this programme for the French Navy is the fruit of the objective PIRIOU and Naval Group share to create a global leader in civil standard vessels dedicated to state action at sea -coastguards, police, military police, customs…- they achieve in implementing industrial complementarities.

Involved in several major programmes for the French State, KERSHIP has thus become in a few years the first provider of vessels dedicated to state action at sea for the French Navy. 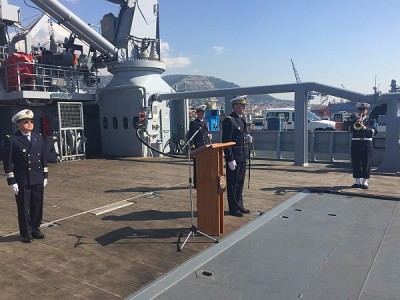